The F-15 Eagle Is Old, But It's Good Enough For America's Overstretched Air Force 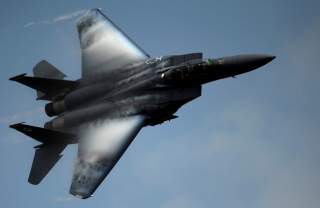 Key point: The USAF bought its last F-15 in 2001, but foreign sales have kept Boeing’s production line humming since.

Kyle Mizokami is a defense and national security writer based in San Francisco who has appeared in the Diplomat, Foreign Policy, War is Boring and the Daily Beast. In 2009 he cofounded the defense and security blog Japan Security Watch. You can follow him on Twitter: @KyleMizokami. This article first appeared a couple years ago.