The F-15 Eagle: The Undisputed King of Fighter Combat (As In It Never Lost?) 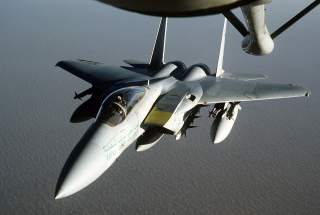 In the most frequently cited version, on Feb. 13, 1981, Israeli F-15s ambushed a pair of Syrian MiG-25Ps and shot one down. In revenge, so the story goes, the Syrians set up an ambush on June 29, 1981. The Syrian MiG-25Ps destroyed one F-15 using two R-40/AA-6 Acrid air-to-air missiles fired from the range of 25 miles.There are problems with this story. Neither the Syrians nor the Russians have ever provided any evidence, such as radar tapes or wreckage. Another issue is that the Syrian air force never actually received any MiG-25Ps. Syria acquired several batches of Foxbats, including two of MiG-25PDS interceptors, but no MiG-25Ps.

This article by Tom Cooper originally appeared at War is Boring in 2017.