The F-15EX Could Give The F-35 Some Real Competition, And That's Great News For Russia 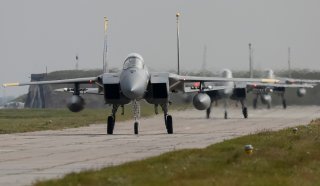 Here's What You Need To Remember: A Russian-made S-400 air-defense system could detect an F-35 at 20 miles, Air Force estimated. It could pick up an F-15EX 200 miles away.