F-16XL: The Super Fighter the Air Force Said No To 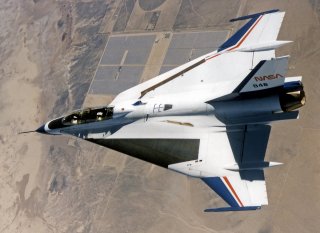 The F-16 Fighting Falcon has proven itself to be one of the world’s most successful combat aircraft, having now flown over 400,000 combat sorties and a combined 19 million flight hours. There are roughly 3,000 operational F-16s today in service with the air services of 25 different countries, and the United States Air Force operates more F-16s than it does any other fighter model in its fleet. Upgrades available today for the F-16 in the form of the “Viper” upgrade package are helping to ensure that even today the Fighting Falcon remains competitive in the air.

While the F-16 is iconic because of its ongoing contribution to global military aviation, it nearly spawned an alternative variant that would likely have been just as iconic as a result of its unique design and appearance in the form of General Dynamics’ F-16XL.

The origins of the F-16XL lie in the pursuit to demonstrate the applicability of supersonic transport (SST) aerodynamics for military aircraft. The F-16XL began as the F-16 Supersonic Cruise and Maneuver Prototype (SCAMP), and General Dynamics invested heavily in research into this area – though this never moved beyond theoretical and model-based efforts. General Dynamics found that cranked-arrow wing shape could result in greatly increased lift when paired with an F-16A fuselage. General Dynamics even partnered with NASA to work on the project, testing more than 150 configurations during 3600 hours of flight time in NASA wind tunnels.

When in March 1981 the United States Air Force announced that it was looking for a replacement fighter for the F-111 Aardvark, General Dynamics decided to enter the F-16XL into the competition. The Air Force would ultimately choose the F-15E Strike Eagle as the winner of the competition, but two F-16XL prototypes were developed which remain two of the most distinctive prototype aircraft ever built.

What helps the F-16XL stand out are its distinct cranked-arrow delta wings. These wings are swept back at a lower angle near the root and at a higher angle outboard that allowed for supersonic performance and improved subsonic stability and handling. Despite a much larger surface area compared to a standard F-16, the F-16XL actually experienced reduced drag over its standard counterpart.

The F-16XL first flew on July 3, 1982, and according to General Dynamics, the F-16XL offered double the range and payload of the standard F-16. Despite this, the F-15E was selected ahead of it as a result of the lower barrier to entry for the Strike Eagles, which could be put into production quickly and at a lower cost.

While the F-16XL did not enter into full production, it did find a use as a testbed aircraft for NASA. In the late 1980s, the two F-16XLs were loaned to NASA, where they were used in a number of flight research tests.