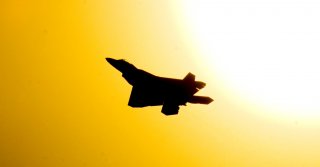 Key point: The answer is that the F-35 cannot match the F-22 as an air superiority fighter—it was never designed as such.