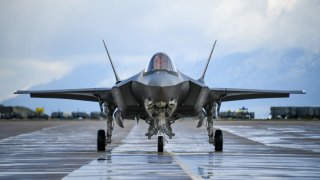 Here's What You Need To Remember: The F-35 is compatible with several weapon layouts to accommodate a wider range of tactical scenarios. As the name implies, stealth loadouts are designed to minimize radar cross-section in a “first day of war” setting where the enemy's anti-air systems are operating at full capacity.