The F-35 Has a Major Spare Parts and Programming Problem 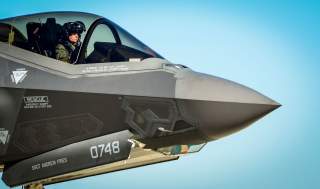