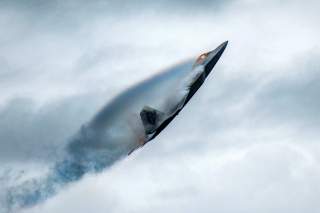 Key point: The F-35 and F-22 were meant for different purposes.