The F-35 Is A Powerful Stealth Fighter, But It Can't Hope to Beat A F-22 Head-On 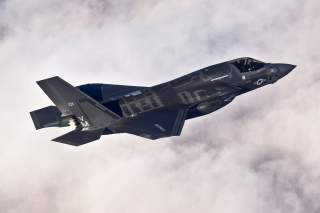 Key point: The F-35 can't match the F-22 as an air superiority fighter, and it was never meant to.