Is the F-35 Really Just Another F-4 Phantom? 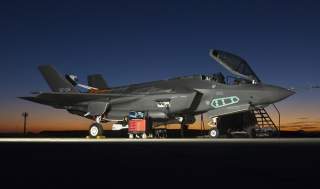