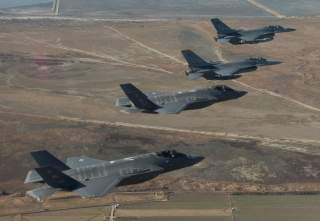 “In terms of establishing viable air defenses against opponents with fifth generation aircraft, it's quite clear how Russia is trying to tackle the problem of stealth," said Mike Kofman, a research scientist specializing in Russian military affairs at CNA Corporation during an interview with The National Interest. “