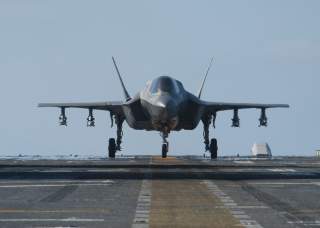 In August, Japan’s Ministry of Defense proposed a 1.2% military spending increase in 2020, taking the annual budget to a record 5.32 trillion yen (about $50 billion). If approved, the budget would mark the eighth consecutive hike in military spending since Prime Minister Shinzo Abe took office in 2012, a clear signal that Japan is slowly abandoning the pacifism of its postwar years.

The proposal comes during a period of increased tensions in the Asia-Pacific region. Rising military spending by its neighbors has driven alarm in Japan, with Defence Minister Takeshi Iwaya announcing heightened maritime surveillance in mid-August. Japan is already one of the world's biggest military spenders, in spite of its constitution, which prohibits the ownership of weapons to attack other nations.

The new budget aims to expand Japanese defense capabilities and extend the range at which the military can operate. 116.3 billion yen will be invested in the development of ballistic missile defenses, with additional funds for two ground-based Aegis Ashore radar missile tracking stations.

Defense officials have asked for 115.6 billion yen to purchase fighter jets, including nine Lockheed Martin F-35 stealth fighters with short take-off and vertical landing capabilities for use on aircraft carriers. Further funds will be used to research the use of electromagnetic waves to hamper enemy communication systems.

President Donald Trump has expressed gratitude for Japan's purchase of advanced equipment from U.S. companies including Lockheed Martin and Raytheon, rather than domestic contractors such as Mitsubishi Heavy Industries. The move is seen to have assuaged recent tensions after the U.S. threatened import tariffs on Japanese vehicles in May.

The budget also requests funds for 159 officers to guard against "armed groups who illegally land" on territories in the East China Sea, including the disputed Senkaku islands. Both Japan and China claim the Senkaku/Diaoyu Islands, and the announcement is likely to anger Chinese officials. The new force, based on Okinawa, will be armed with automatic weapons. Japan's public broadcaster NHK stated on Sunday: "Japan controls the islands. The Japanese government maintains the islands are an inherent part of Japan's territory. China and Taiwan claim them."

Recent months have seen a broader deterioration in Japan's relations with its neighbors. Documents obtained by Kyodo News indicate Russian plans to place missile systems in the Kurils, a chain of islands running between Japanese Hokkaido and Russian Kamchatka. The move is likely to disrupt peace talks between Shinzo Abe and Vladimir Putin, who are scheduled to meet on Thursday in Vladivostok.

An intelligence-sharing pact between South Korea and Japan collapsed in August in the wake of growing diplomatic strains. In October 2018, South Korea's Supreme Court ordered Japanese companies to pay compensation for their use of forced laborers during WWII. Japan maintains that a 1965 treaty settled such claims, and placed export restrictions penalizing South Korean memory chip manufacturers in retaliation. Certain Japanese products are now being boycotted by South Koreans, with Bloomberg reporting a 97% decrease in imports of Japanese beer since August 2018.

The intelligence-sharing pact aimed to counter the perceived militarization of North Korea, which resumed its missile testing in July. The U.S., an ally of both South Korea and Japan, has historically stepped in to de-escalate tensions and broker communication between the two but has disengaged in recent months.

In recent days, Japan has maintained that it is committed to a “free and open Indo-Pacific” at bilateral security talks with Indian Defence Minister Rajnath Singh. Singh tweeted on September 1 his hopes for “a rules-based order along with centrality of Association of Southeast Asian Nations (ASEAN) and inclusiveness and security for all.” Japan’s public broadcaster NHK situated the remarks in the context of “China’s growing maritime presence in the region,” which is seen as threatening to regional stability.

The proposed increase in the military budget is subject to approval by Shinzo Abe’s cabinet, which will scrutinize the request over the coming weeks. There is little doubt, however, that Japan is on a path to steadily higher military spending in response to an increasingly fractured Asia-Pacific region.

Roddy Howland-Jackson is a research associate at Lexington Institute completing his studies at Oxford University.