F-35s to the UAE A Good Idea? Not Everyone in the U.S. Senate Thinks So 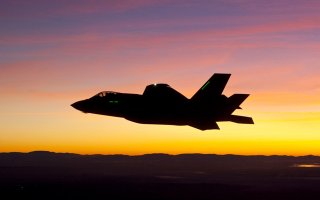 There is bipartisan effort to rethink the U.S. sale of arms to powers in the Middle East. Members of the U.S. Senate partnered last week to halt the $23 billion sale of F-35 fighter jets, Reaper Drones and munitions to the United Arab Emirates (UAE). Democratic Senators Bob Menendez and Chris Murphy and Republican Senator Rand Paul said they would introduce legislation that would seek to halt the Trump Administration’s efforts to sell the U.S. military hardware to the Gulf state.

This comes after the White House sought to rush through the sale after sending a formal notice to Congress earlier this month. The lawmakers have expressed concern that the UAE could use the weapons against Yemen, which is gripped in a civil war. The concern is that the F-35 and drones could harm civilians during what is already considered to be one of the world’s worst current humanitarian disasters.

In a release, Menendez has suggested that the sale “threatens to short-circuit a comprehensive interagency process by national security professionals at both the State Department and the Department of Defense, as well as undermine Congressional consultation and review processes.”

The issue of Israel’s qualitative military advantage over potential adversaries was also noted, as it is “enshrined in law and must be one of the highest priorities of any President and Congress,” the senator added.

If the Democrats take control of the Senate after Georgia’s runoff elections in January, Menendez would become the Foreign Relations Committee chairman. Paul and Murphy are both members of the committee.

The legislation would required that the President assess and report to Congress before any provision of F-35 aircraft is made to countries that are not North Atlantic Treaty Organization members or Israel, Australia, Japan, South Korea or New Zealand. Currently, Israel operates its own version of the Lockheed Martin F-35 built fighter, the F-35I Adir, which features and overriding Israeli-built C4 program that runs “on top” of Lockheed’s operating system.

Australia, Japan and South Korea all either operate or will operate the advanced fifth-generation stealth fighter. New Zealand has not opted to purchase the aircraft, but is likely included in the Senate’s proposed legislation as it remains a close U.S. partner and ally. It is also a member of the so-called Five Eyes, the intelligence alliance that also includes the United States, Canada, Australia and the United Kingdom.

The proposed legislation would also require certification by the President before the provision of the F-35 aircraft to a Middle Eastern country other than Israel does not compromise the Jewish state’s qualitative military edge (QME).

The proposed sale to the UAE was for fifty F-35s and eighteen MQ-9B Reapers, but also was to include more than 14,000 bombs and munitions. If approved it would be the second-largest sale of U.S. drones to a single nation according to Defense News.

The Senate Foreign Relations and House of Represents Foreign Affairs have the right to review, and to attempt to block any weapons sale. In addition to the hurdles presented by the Senate, Rep. Ilhan Omar (D-Minn.) was also set to introduce three resolutions that would stop the arms sales.