In the Face of Violence and Pain, Why Are Women and Minorities Ignored? 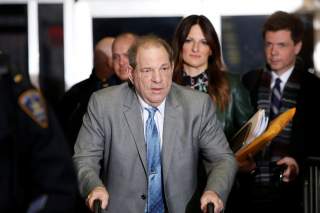 The trial of media mogul Harvey Weinstein is “a test of sympathies” – and Weinstein wants yours.

For months, he has presented his pain to us, granting a hospital-room interview to catalog his suffering and using a walker on his way in and out of the courthouse. His defense team has argued he deserves your sympathy. They asked the judge to let Weinstein’s surgeon testify to confirm their client is “hurt and enfeebled.”

These requests for your compassion are reminders that sympathy is not automatic. Not everyone gets our sympathy when they show us their pain. Whose pain, then, are we most likely to see, believe and ultimately award our sympathy? And what do those tendencies mean for health outcomes and courtroom justice?

As trauma psychologists, we have spent a great deal of time researching the impact of violence and how survivors are treated when they disclose. One of us is a psychology professor and the other is an assistant professor of psychology. In studying trauma and intimate violence, we have learned much about whose pain is believed or disbelieved.

Blacks who say they’re in pain are less likely to be believed than whites – this holds true whether those listening are laypeople or health care providers. That bias affects how the pain of black patients is managed and treated.

Along with Hispanics, blacks were less likely than whites to receive analgesia for acute pain in emergency departments. In the very places they should receive compassionate care, ethnic minority patients suffer untreated pain on top of the indignity of racism.

A person’s gender also affects how we view their pain. A review of 77 studies found women were described as “hysterical, emotional, complaining, not wanting to get better, malingerers and fabricating the pain.” Men? They were described as “stoic, in control.” Perhaps men were seen as avoiding health care and making risky choices, but their pain was not blamed on them or their emotions.

In the aftermath of violence, perception of women’s pain creates a conundrum. On the one hand, their experiences often get minimized or labeled as their fault. On the other hand, widely held myths about rape mean women have to exhibit their pain in the right way at the right time to be believed.

Consider this study: Researchers combed through police reports in sexual assault cases. A woman’s lack of visible distress and injuries gave police reason enough to believe that she wasn’t assaulted across multiple cases. As a police officer described in another study, “When they’re screaming and crying and, you know, and they’re half-dressed and, you know, they’re saying they got raped down here, then you know.” Weinstein’s defense team essentially followed the same line; they called witnesses to testify that his alleged victims appeared “normal” after the assault. Yet, women vary in how they react to sexual assault.

Sociologist Tressie McMillan Cottom, in her essay “Black Girl Interrupted,” describes it this way: “Women have the burden of proving not only the assault, but that they did not deserve to be assaulted.” As with health care, black women are tasked with verifying that their pain matters.

Cultural betrayal trauma theory explains how marginalized women pay an additional price when they experience violence at the hands of marginalized men. This is within-group violence — for instance, when a black man sexually assaults a black woman or girl.

Implicit with that kind of violence is a cultural betrayal. The supposed solidarity between survivor and perpetrator against forces of discrimination is shattered.

To keep that perception intact, black women are expected to cover for black men who abuse them. So they suffer in silence – otherwise, the black community, already harmed by racism, is impugned.

Author and survivor Chanel Miller’s story suggests people often sympathize with assailants – in her case, a young white man, Brock Turner. As she recounts in her memoir: “I didn’t know that if a woman was drunk when the violence occurred, she wouldn’t be taken seriously. I didn’t know if he was drunk when the violence happened, people would offer him sympathy.” During the course of the prosecution, which resulted in Turner being found guilty on three counts, Miller wondered what behavior was acceptable for a victim: “If you’re flat, you’re apathetic. Too upbeat, you’re suspect. If you weep, you’re hysterical. Being too emotional made you unreliable. But being unemotional made you unaffected.”

Weinstein and his defense team will keep making their case in the court of public opinion. Their requests are a reminder that sympathy is often given to the powerful but denied to those less privileged.

When they ask for it, all you need do is look around to see whose pain is being ignored or dismissed. Probably it will be a woman or person of color. Recognizing and believing their pain is essential to the work of healing and justice.