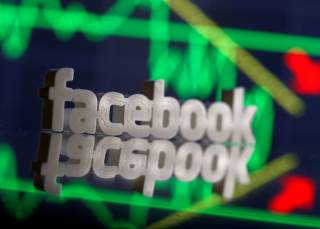 “But the internet has disrupted the traditional business model for news, so I believe the major internet services have a responsibility to partner with news publishers to build sustainable long-term models to fund this important work. I hope our work honors and supports the contribution journalists make to our society,” he continued.

The service will curate news for specific users in a tab on Facebook’s app for about 200,000 users starting Friday, WSJ reported.

“It’s a big step forward that Facebook is investing in trust and quality by licensing content from news publishers for the first time,” USA Today President Maribel Wadsworth said, according to WSJ.

To do this, the social media site will rely on an algorithm for the majority of its personally curated news but admits it has “progress to make before we can rely on technology alone to provide a quality news destination,” according to the blog post.

Facebook News will also work with its team of “curation experts,” made up of “seasoned journalists” with “editorial independence,” as well as an algorithm, to build the Today’s Stories section of the News tab, which will look the same to everyone.

Publishers will have to follow Facebook’s Publisher Guidelines to be considered for the News tab. These guidelines include rules regarding misinformation as set by the tech giant’s third-party, independent fact-checkers.

Content created by The Daily Caller News Foundation is available without charge to any eligible news publisher that can provide a large audience. For licensing opportunities of our original content, please contact [email protected]ion.org.