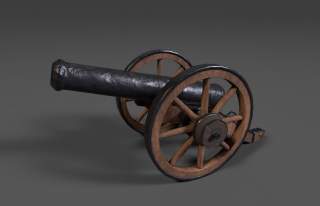 In the debate over Confederate symbols in the U.S., the 10 Army bases named after Confederate generals who fought for the South during the Civil War have largely escaped scrutiny.

As a former newspaper reporter and a current journalism professor, I have wondered why the media have mostly overlooked this story of military installations that still bear the names of those who fought to maintain slavery and white supremacy.

Working for a newspaper in Norfolk, Virginia, 37 years ago, I covered an event where nearly 30,000 Boy Scouts from across the country converged on Fort A.P. Hill, about 80 miles south of Washington, D.C., for a week of fellowship and fun. It was the Boy Scouts’ 1981 Jamboree, and the theme that year was “Scouting’s Reunion with History.”

Looking back, I feel more than a tinge of regret: I missed the real story at the Jamboree. That story was all about history.

Ambrose Powell Hill Jr. was a Confederate general who died during a battle in Petersburg, Virginia, south of Richmond, in 1865. Before the Civil War, he was in the U.S. Army. But as Virginia seceded from the Union, Hill resigned and joined the efforts to defend the Confederate States of America.

I wonder if the Scouts back in ’81 knew that their Jamboree was being held on an Army base named in honor of a man who fought, in effect, to defend slavery.

That is the story I should have written.

Virginia has three of the 10 military installations named after Confederates. Louisiana and Georgia each have two. Alabama, North Carolina and Texas each have one.

The bases were named for such figures as Robert E. Lee of Virginia, who commanded the Confederate Army; Pierre Gustave Toutant Beauregard of Louisiana, whose troops shelled Fort Sumter in South Carolina on April 12, 1861, launching the Civil War; and John Brown Gordon of Georgia, who historians say was a Ku Klux Klan leader after the war.

Four of the bases were established at the start of World War I, and the others at the start of World War II – times when the Army was in recruitment mode and appealing to young white men in the South. This was an era when Southern states promoted the “Lost Cause” ideology: that the Confederacy’s rebellion was an honorable struggle for the Southern way of life and that the “War of Northern Aggression” was over states’ rights, not slavery. From their perspective at the time, memorializing Confederate generals seemed reasonable.

Army officials have said they named the bases in the spirit of reconciliation, not division. They viewed the Confederate generals as tragic heroes, not treasonable racists.

The Lost Cause ideology, which portrays slaves as happy and their owners as benevolent, has been thoroughly discredited. In recent years, communities across the U.S. have questioned, if not dismantled, statues and other symbols memorializing the Confederacy.

While such efforts have focused on local landmarks, I believe an even stronger case could be made for renaming national symbols that evoke the Confederacy. Soldiers of various races and ethnicities are stationed at the Army bases. For decades, defense officials have spoken forcefully against racial intolerance.

Some members of Congress want to rename the military facilities. Legislation filed in August 2017 by U.S. Rep. Yvette Clarke, D-N.Y., would require the Defense Department to rename any military property “that is currently named after any individual who took up arms against the United States during the American Civil War.”

Clarke’s proposal has languished for a year in a congressional subcommittee.

If my journalism students could travel back in time to the 1981 National Scout Jamboree, I hope they would follow the Boy Scouts’ motto to “be prepared.” I want them to be ready to ask questions about how a U.S. Army base came to be named for someone who fought against the Army – and whether it’s right to honor defenders of a society that enslaved people.