FACT CHECK: Did George Orwell Say, ‘Telling The Truth Is A Revolutionary Act’? 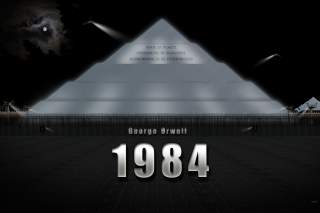 A post shared on Facebook claims that 20th century English novelist George Orwell once stated, “In a time of universal deceit, telling the truth is a revolutionary act.”

There is no evidence that Orwell ever said or wrote this saying.

The Daily Caller News Foundation searched these books, as well as a complete collection of his works, for the quote but turned up no matching phrases. His essays and letters didn’t yield any results either.

“This quote is misattributed. I’ve read every word Orwell wrote and never encountered it,” Dorian Lynskey, author of “The Ministry of Truth: The Biography of George Orwell’s 1984,” told TheDCNF via email.

Orwell Society committee member Leslie Hurst confirmed the misattribution as well, telling TheDCNF in an email, “The quotation, as you suspect, is not from George Orwell.”

The website Quote Investigator traced the first attribution of the saying to Orwell – sans the word “universal” – to a 1982 book called “Partners in ecocide: Australia’s complicity in the uranium cartel,” published more than 30 years after his death. However, thematically similar quotations appeared earlier.