FACT CHECK: Do Russia and the U.S. Really Control 90 Percent Of The World’s Nukes? 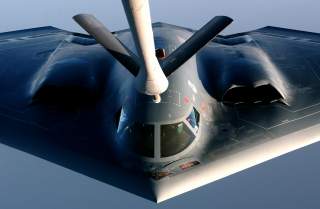 Russia controls 47 percent of all nuclear warheads, followed by the U.S. at 45 percent.

Trump met with Russian President Vladimir Putin on July 16 in Helsinki, their first formal meeting since Trump became president. The two leaders engaged in a two-hour talk followed by a joint press conference.

Trump discussed the summit the next day at the White House.

“I met with Russian President Vladimir Putin in an attempt to tackle some of the most pressing issues facing humanity,” he said. “We’re nuclear powers – great nuclear powers. Russia and us have 90 percent of the nuclear weapons. So I’ve always felt getting along is a positive thing.”

Trump has mentioned the 90 percent stat repeatedly in the context of cooperation between the two countries. “Perhaps the most important issue we discussed at our meeting prior to the press conference was the reduction of nuclear weapons throughout the world,” he said.

The current arms reduction treaty between the U.S. and Russia expires in 2021, raising the prospect of an extension, or perhaps a new treaty altogether.

There are presently 14,485 nuclear warheads in the world, according to the Federation of American Scientists (FAS), and the former Cold War adversaries control 92 percent of them. The Stockholm International Peace Research Institute (SIPRI) released comparable estimates in June.

Only 3,750, or 26 percent, of all warheads are deployed, meaning they can be readily launched from intercontinental missiles or heavy bombers. The remaining weapons are in storage or awaiting dismantlement.

As the two largest nuclear powers, the U.S. and Russia have agreed to report the size of their deployed warheads every six months.

The Nuclear Non-Proliferation Treaty (NPT) – signed to limit the spread of nuclear weapons – recognizes three other countries as nuclear weapons states: China, France and the U.K.

Nearly 190 other countries are parties to the treaty, with some notable exceptions. North Korea declared its withdrawal in 2003, while India, Israel and Pakistan never signed; these four nations possess nuclear weapons, for a total of nine nuclear weapons states.

Countries like Israel are incredibly secretive about their nuclear weapons programs, while others like the U.S. are more transparent. “Accordingly, while the estimate for the United States is based on ‘real’ numbers, the estimates for several of the other nuclear weapon states are highly uncertain,” reads the latest FAS report.

Iran ratified the NPT in 1970, but has been suspected in recent decades of developing a covert nuclear weapons program. Under the terms of the Joint Comprehensive Plan of Action (JCPOA), the country agreed to shut down most of its centrifuges and eliminate nearly all of its uranium stockpiles.

Iran has been criticized for continuing to develop its ballistic missile program, and the U.S. announced in May that it would withdraw from the JCPOA.

The NPT requires non-nuclear states to forego nuclear weapons, while nuclear states must work towards disarmament. The U.S. and Russia have decreased their warhead stockpiles dramatically in recent decades. From 1967 to 2014, the U.S. reduced its stockpile by 85 percent.

Countries like India and Pakistan continue to build new nuclear weapons, and the U.S. and Russia have strategic plans to replace and modernize their nuclear forces.

“Despite the clear international interest in nuclear disarmament … the modernization programmes under way in the nuclear weapon-possessing states indicate that genuine progress towards nuclear disarmament will remain a distant goal,” Shannon Kile, a senior researcher for SIPRI, said in a recent report.