Fact: E-Verify Doesn't Keep Illegal Immigrants Out Of the Workforce 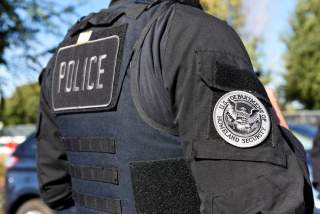 E‑Verify is a government program that is intended to stop the hiring of illegal immigrants. Firms that sign up for E‑Verify are supposed to enter the identity information of new hires into the government’s E‑Verify website. E‑Verify then checks that identity information, which is supposed to come from identity documents that the new hire provides, against information in government databases to guarantee that the new hire is eligible to work in the United States. The state of Florida is currently considering whether to mandate E‑Verify for some employers.

If E‑Verify returns a tentative non‐​confirmation (TNC) then the employer and new employee have a specific amount of time to resolve it by correcting errors or supplying different information. If E‑Verify is not satisfied then it issues a final non‐​confirmation (FNC) and identifies the new hire as an illegal immigrant. At that point, the employer must fire the new hire. The intent of the program is to make it very difficult or impossible for illegal immigrants to work in the United States.

This article by Alex Nowrasteh first appeared at CATO.