FAIL: Why the M16 Rifle Was a Terrible Gun in Vietnam 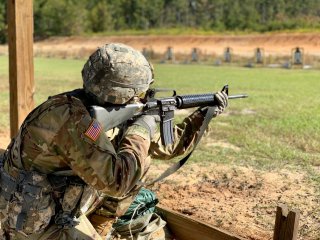 Key point: Although widely used, the M16 was not without its problems.

(Note: This is Part one of a three-part series.)

Kyle Mizokami is a defense and national-security writer based in San Francisco who has appeared in the Diplomat, Foreign Policy, War is Boring and the Daily Beast. In 2009 he co-founded the defense and security blog Japan Security Watch. You can follow him on Twitter: @KyleMizokami. This first appeared in October 2018.