Fantasy Or Fact? U.S. Special Forces May Soon See You Through Walls 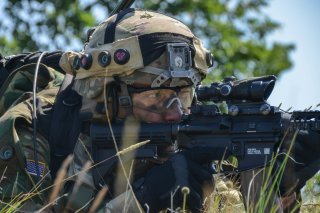 Here's What You Need To Remember: The device has to be easy to use and reliable. “For the operator to be willing to carry/operate an additional system, along with all of his other equipment, the system performance needs to be high; a system with low detection rates or high false detection rates will be left behind.”