Fatal Constipation? This Drug Can Treat Schizophrenia (But Has Horrible Side-Effects) 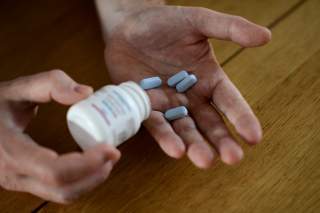 People who have a diagnosis of schizophrenia can suffer extremely disabling and distressing symptoms, such as tormenting voices and paranoid thoughts. But with the right treatment, most people can live complete and fulfilling lives – thanks mainly to their antipsychotic medication.

But of course, all medications have side-effects and for some people on antipsychotics these side-effects can range from mildly debilitating to life threatening.

One such drug, clozapine – often reserved for difficult to treat cases of schizophrenia – can lower people’s white blood count to dangerous levels and can also lead to fatal constipation. Other antipsychotics can cause weight gain, type 2 diabetes and raised cholesterol.

Yet despite this, several studies indicate that patients taking antipsychotics aren’t always told about the side-effects by their doctors.

Clozapine was previously withdrawn from use after several patients treated with the drug died with very low white blood counts. But it was bought back into use in the 1990s after a six-week trial of 268 patients to check its safety. People who take it today have to have mandatory and regular blood tests to check their white blood counts.

Recently though, the US Food and Drug Administration has highlighted another issue with the drug. Untreated constipation caused by clozapine can lead to serious bowel problems, resulting in hospitalisation, surgery or even death in some cases.

Constipation affects around 30-60% of patients on clozapine. The main reason for this is that clozapine causes contractions of the muscles in the bowels to slow down. This is known as hypomotility and can lead to constipation. The medicine can even stop the stools being pushed through the bowels altogether. This can lead to potentially life-threatening complications if left unmanaged and untreated.

A research study published in 2017 looking at side-effects in 43,132 people on clozapine found that 160 patients reported serious bowel hypomotility. Of these, 29 are known to have died.

Internationally, constipation is now a factor in more clozapine-related deaths than those due to low white blood count. The risk of constipation and bowel hypomotility is higher during the first few months of starting the medicine, but it can occur during any stage of clozapine treatment. And there have been cases where people with no previous signs of constipation have died hours after symptoms started.

Given then that research studies indicate that some people taking antipsychotics are unaware of the side-effects, it is clear more needs to be done to make sure patients and their carers really understand the risks of this type of medication.

Healthcare professionals also need to be aware of the risks and regularly monitor patients for them and asking about constipation or other possible side effects during appointments.

This shortened life expectancy exists in countries considered to have high standards of healthcare, such as the Nordic countries, the UK and the US.

Ultimately then, more needs to be done to help tackle the fact that people with severe mental illness die much earlier and have a higher rates of physical health problems such as diabetes. And the more that can be done to help people on long-term medications for illnesses such as schizophrenia, to live a functional and healthy life, the better.