The FDA Needs to Join the Twenty-First Century 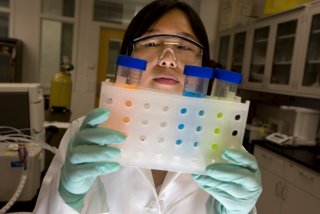 After nearly a year, President Joe Biden has nominated a new commissioner of the Food and Drug Administration (FDA). The agency—where we spent a combined forty-two years—is arguably America’s most ubiquitous regulator, overseeing almost $3 trillion in drugs, biologicals such as vaccines and antibodies, medical devices, tobacco, and about seventy-eight percent of the U.S. food supply. It also spends American tax dollars looking for opportunities to expand its oversight and influence. Moving forward, we hope to see a humbler FDA.

For example, when the FDA realized raw apple juice posed a problem with bacterial contamination, it passed a regulation affecting all juices, even if they were pasteurized. There was also its self-serving decision to regulate genetically engineered animals as veterinary drugs, which virtually destroyed a once-promising sector of biotechnology.

Since its inception in 1906, the FDA has become increasingly restrictive, but more regulation doesn’t necessarily mean greater benefits to consumers. Overly risk-averse, costly regulation can delay the appearance of new, life-saving products.

In just one example, the agency unnecessarily delayed the approval of the drug pirfenidone, used to treat a pulmonary disorder called idiopathic pulmonary fibrosis (IPF), which killed tens of thousands of Americans annually. Until 2014, there were no U.S.-approved IPF drug treatments, even though pirfenidone had been approved and was on the market in Canada, Europe, Japan, and China.

Bucking the recommendation of an FDA advisory committee comprised of outside experts in 2010, agency officials opted not to approve the drug and demanded another major clinical study. The results, published in May 2014, were compelling, and the FDA finally approved the drug. But between 2010 and U.S. approval in 2014, more than 150,000 Americans died of IPF, many of whom could have been helped by pirfenidone.

When the FDA was founded in 1906, many medicines either did nothing or contained highly dangerous substances like heroin or arsenic. As foods became commercially produced and packaged, some meat plants were overridden with vermin. Chemist Harvey Wiley, who became the first head of the FDA, was uncovering the intentional addition of poisons to make food last longer and look better. The government stepped in to impose basic standards.

Today, it’s a different FDA. Premarket approval of drugs and medical devices has evolved into systems (as one of us put it) “cobbled together over more than six decades... a confusing, draconian mosaic of mandates, requirements, interpretations, and precedents under a centralized government monopoly whose power and scope have increased unremittingly.” Reviews are still necessary, but the opportunity costs are now so high that many important products are never developed.

FDA bureaucrats seem to have too much time on their hands. They tinker with thirty-year-old nutrition labels so complex that the vast majority of consumers find them incomprehensible. Rather than finding solutions to America’s obesity problem, they put calories in bold and question whether almond milk should be called “milk.” They dutifully report every year that one-in-six Americans will get food poisoning while pushing manufacturers into addressing it with a fifty-year-old technology developed for the Apollo space program. At times, the excesses are comical: In 2017, they sent a formal warning letter to a Massachusetts bakery for listing “love” as an ingredient. Congress rarely holds the FDA accountable, saving its ire for newsworthy mistakes.

The problem boils down to incentives and the lure of zero risk. There are few if any consequences when regulators fail to allow important products on the market. But if they approve something that proves harmful, “the media pounces, the public denounces, and Congress pronounces.” On average, new drugs take 12 years and $2.6 billion to bring to market.

Caution is appropriate, but when fighting illness and death, too much carries its own risk. The rapid development and emergency use authorization of COVID vaccines shows that the FDA is capable of moving quickly—so why not demand better from the agency?

In “To America’s Health: A Proposal to Reform the FDA,” one author of this article, Miller, proposed a model based on the EU’s system, in which the FDA would oversee private-sector regulatory entities similar to the third-party quality tester Underwriters Laboratories. The goal is to balance the potential harm and life-saving benefits of putting treatments on the market which contain some inherent level of risk.

In “Fixing Food: An FDA Insider Unravels the Myths and Solutions”—a new book just published by Post Hill Press—this article’s other author, Williams, discusses products like new proteins and genetically engineered foods, which are poised to make food safer and healthier. Medical devices, like at-home testing kits arising from the PREDICT program, will tell us how we respond metabolically to various foods and replace the complex Nutrition Facts Panels. If we and our government embrace the science, we’ll have the tools to make healthier choices.

With America’s health in jeopardy from pandemics and chronic diseases, twentieth-century solutions aren’t good enough. Not even close.

Richard Williams is a former director for social sciences at the FDA’s Center for Food Safety and Applied Nutrition and the author of the newly published Post Hill Press book “Fixing Food.”

Henry I. Miller, MD, a physician and molecular biologist, is a senior fellow with the Pacific Research Institute, former research associate at the National Institutes of Health, and the founding director of the FDA’s Office of Biotechnology.