FDR's Response To Pearl Harbor Is A Lesson For Coronavirus 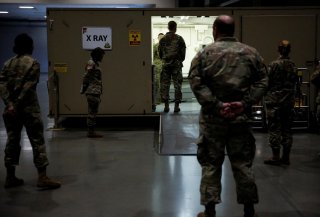 No doubt, when this coronavirus crisis is over, a national commission of inquiry will be created. That’s what happened in the wake of previous debacles and tragedies, such as Pearl Harbor, the Kennedy assassination and 9/11. We can expect — and should demand — a thoroughgoing assessment of what federal, state and local governments did right, and did wrong.

Indeed, just on April 2, House Speaker Nancy Pelosi announced the formation of a committee, chaired by her close ally, Majority Whip James Clyburn, to oversee spending on the recently signed CARES Act. So far, at least, it appears that the mandate of Clyburn’s committee will be limited to the fiscal response to the crisis, not to its epidemiological origins and political handling.

Yet soon enough, more comprehensive examinations of all the events of the past few months — with as much further digging into deeper backstories as seems needed — will spring forth. And of course, any such examination should not be limited to elected officials and the bureaucracy, including, but not limited to, HHS, the CDC, and the FDA. We also need to consider, for instance, the mindset that led so many public health “experts” in the academy to prefer wokeness to wellness.

Hopefully, too, the COVID Commission’s writ will extend to the question of health supply-chains that rely on China; that sort of cost-cutting globalism no longer seems to be a bargain.

Almost certainly, such a commission will issue a long list of recommendations, aimed at preventing this sort of calamity from ever happening again. These recommendations will likely form the basis of new legislation, as well as other remedial actions.

Indeed, on occasion, such recommendations have been enduringly useful. For instance, the 1945-6 Congressional investigation of Pearl Harbor produced an exhaustive checklist, drafted by one Edward P. Morgan, an FBI agent on loan to the investigation. Morgan’s distillation of lessons learned has proven timeless, such that in the many decades since, civilian organizations, too, have been making good use of them.

Even more broadly, it would be helpful if this commission — or some other commission, as there will likely be dozens of commissions and committees studying various elements of the disaster — encouraged more Americans to rethink what passes for our “national defense.” It’s great that we have all these fighter jets and COIN commandoes, but they were of no help when Americans were dying of a foreign-born pestilence. For nearly a trillion dollars a year in national security outlays, we should be getting more … national security.

The headline atop a March 29 article in Politico — “Coronavirus rattles America’s national security priesthood” — indicates that a querulous public is already rocking the fossilized foreign-policy status quo. When this virus crisis is over, will it still be the official wisdom that the Mideast is more of a priority than the Midwest? That al-Qaeda is a greater threat than corona? Let’s hope that these questions can be raised for politicians to answer prior to the November election.

Yet at the same time, we should realize that the coming burst of problem-solving creativity in the wake of corona will be far larger than any single commission can fathom. We don’t yet know what new forms and mechanisms—public, private, legal, digital, hierarchical, collaborative — will emerge, but plenty will flower forth, and after the ache of tragedy abates, we’ll likely be living in a better and more resilient world.

Yet in the meantime, let’s study history, because the secrets of wise statecraft are buried therein. Yet we should never be slaves to history; instead, we should seek inspiration from remembered successes. After all, the fact that a problem has been solved in the past is the best single indicator that a similar problem can be solved in the future. And so, for example, our ability to come up with a vaccine against the polio virus in 1955 — and many other vaccines, too, before and since — is a heartening indicator that we can, if we put our minds to it, vanquish these deadly flus.

Thus we come to the idea of Big Science — that is, the routinized combination of government, universities and industry — that has made possible so many medical breakthroughs, as well as other societal benefits.

As it happens, 2020 marks the 80th anniversary of the dawn of American Big Science: the establishment of the National Institutes of Health (NIH).

Back on Oct. 31, 1940, President Franklin D. Roosevelt motored from the White House to Bethesda, Maryland, there to dedicate the new campus of the NIH. FDR began by declaring, “Nowhere in the world except in the Americas is it possible for any nation to devote a great sector of its effort to life preservation rather than life destruction.”

We can recall that 1940 was the year after Hitler started World War Two, and the year before Pearl Harbor. In other words, the U.S. was in a tricky position: We were the “arsenal of democracy,” helping our allies fight fascism, and yet were not fully in the war. Still, Big Science was readying for the fight; in New York City, federally funded scientists were hard at work on organic antibiotics, and soon, the U.S. would start up, from scratch, a vast system to make synthetic rubber. And other projects, such as radar and the atomic bomb, were also moving forward.

Yet even as he readied the country for the conflict ahead, FDR was looking at more than just the war.

“We cannot be a strong nation unless we are a healthy nation,” he said in Bethesda, adding, “disease disregards state as well as national lines.”

Indeed, the president showed a full comprehension of what globalism, circa 1940, could mean for public health: “We are less than a day away by plane from the jungle-type yellow fever of South America, less than two days from the sleeping sickness of equatorial Africa, less than three days from cholera and bubonic plague.” And so, he continued, “The ramparts we watch must be civilian in addition to the military.”

FDR’s points about the need to defend the nation against planet-straddling  pandemics were true then, and are even truer now.

So as we seek to learn the painful lessons put to us by the coronavirus, we should remember that even though the contagions and medicines have changed greatly in 80 years, the basic dynamics of national defense — including civil defense — have not changed. That is, we will always need a commander-in-chief who takes medical threats seriously, and who acts decisively to thwart them.

As FDR said back then, “In dedicating this Institute, I dedicate it to the underlying philosophy of public health; to the conservation of life; to the wise use of the vital resources of the nation.”

Such mobilization for the national good is as important in 2020 as it was in 1940.

The views and opinions expressed in this commentary are those of the author and do not reflect the official position of the Daily Caller News Foundation. Content created by the Daily Caller News Foundation is available without charge to any eligible news publisher that can provide a large audience. For licensing opportunities of our original content, please contact [email protected]dailycallernewsfoundation.org.