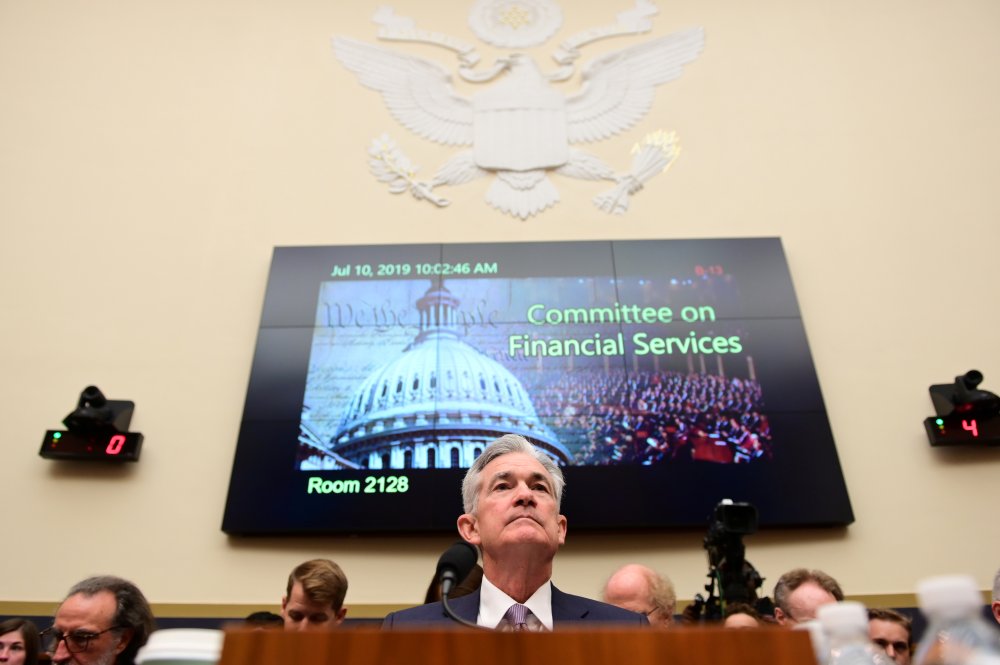 The Federal Reserve appears to be bailing out the president.

Responding to concerns of a slowing economy – in part caused by President Donald Trump’s trade wars – the Fed cut short-term interest rates for the first time since 2008, lowering its benchmark rate 25 basis points to 2.25%.

The cut sends a message to financial markets and households that the Fed stands ready to give the economy a boost should it slow further. Given that it’s forced to do so by Trump’s own policies, the central bank is essentially signaling it’s now the administration’s insurer of last resort.

As an expert on monetary policy and a former Fed economist, I believe the bank’s embrace of this role is bad for the economy. It could embolden Trump and other politicians to pursue policies that are even more reckless – the kind intended more to benefit narrow constituencies and help win their re-election than support the broader national interest.

Judging the merits of a rate cut usually can only be done in hindsight. But the case for one seems to be more about what it signals than directly boosting growth.

By itself, a single quarter-point reduction in the overnight borrowing rate – the rate most directly affected by the Fed – will likely do little to alter directly the economic decisions made by consumers and companies. Virtually no households, and very few businesses, borrow money for such a short term.

Most mortgages, for example, are of the 30-year, fixed-rate type. And while the Fed’s short-term “target” does eventually affect other interest rates in the economy, long-term borrowing costs typically react less to modest changes in monetary policy, especially if these changes are “one-off.”

Rather, it’s the message that matters. Stoking expectations that the Fed stands ready to provide additional monetary easing if necessary is a powerful tool. And although rates are historically low, the central bank still has another 2 percentage points it can cut to stimulate the economy, as well as similar tools like so-called quantitative easing.

Furthermore, although the economy has slowed slightly, it’s still growing. Some argue that the “insurance” of a rate cut – and the signal it provides that the Fed stands ready to do more – will help maintain that positive growth.

But the very reason the Fed feels the need to do this is because of the government’s own policies. Most economists agree that the current round of tariffs and the resulting disruptions to supply chains have been harmful.

Normally, economic conditions play a big role in presidential elections. And as the political and economic costs of a bad policy mount, a president would be forced to switch course to avoid doing more harm – not to mention damaging his re-election chances.

Therein lies the problem of the Fed’s rate cut. Its commitment to reducing rates to stimulate the economy regardless of the source of the slowdown insulates the administration from the consequences of its actions, potentially leading to even more misadventures.

Not only that, cutting rates drives up the prices of risky assets – which could metastasize into something harmful, as we saw ahead of the 2008 financial collapse – and masks other structural problems in the economy. Furthermore, rate cuts tend to primarily benefit the upper middle class and the wealthy – the group that owns most of the financial assets in the economy.

History shows that this kind of central bank insurance is not free.

In the 1970s, President Richard Nixon pressured Fed Chair Arthur Burns to keep interest rates low in order to help him win re-election in 1972. Ultimately, Burns acquiesced, Nixon won re-election, the Vietnam War continued for three more years, and the U.S. economy suffered high and disruptive inflation throughout most of the decade.

Something similar could happen if the Trump administration provides even more fiscal stimulus to bolster its 2020 election chances. Fed rate cuts in conjunction with additional fiscal stimulus could result in higher inflation – which could spook markets and lead to a nasty unwinding.

This story first appeared in The Conversation in July 2019.