The Federal Reserve's $2.3 Trillion Coronavirus Rescue Plan: Can It Work? 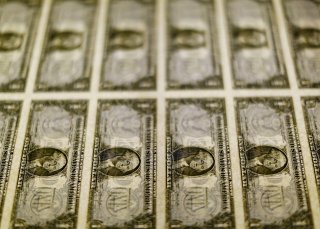 Federal Reserve (Fed) Board Chairman Jay Powell recently announced the latest round of monetary policy initiatives. They involve an impressive $2.3 trillion and aim to counteract the severe economic side effects of the virus-fighting quarantines and lockdowns. From my own perspective, there are three things to say about these wide-ranging and massive monetary actions:

-They are well-targeted to the needs of the moment.

- There is, however, a downside. They will do little good if today’s quarantines and lockdowns remain in place much longer, for in that event the economic arrangements the Fed hopes to sustain with these policies will have ceased to exist.

- Concerns voiced in some quarters about the long-term inflationary effects of today’s monetary ease, or for that matter the budgetary effects of the government’s recent spending initiatives, are misplaced, for they can be reversed and besides, without economic support now, inflation and budget deficits will be the least of the country’s concerns.

The most novel aspect of this initiative lies in what the Fed calls it's Main Street Lending Initiative. New policies would dedicate some $600 billion to purchase four-year loans made to small- and medium-sized businesses with 10,000 or fewer employees and less than $2.5 billion in revenues last year. Taken together, this pool of firms employs the most people in the country. Financial institutions would make loans. The Fed would then buy 95 percent of them, leaving 5 percent with the loan’s originator. Because of this Fed support, these credits will carry favorable terms: interest rates of between 2.5 and 4 percent and an ability to defer interest and principal payments for a year. Firms that also borrow from the Small Business Administration’s (SBA) Payroll Protection Program could also avail themselves of these loans.  Borrowers could not use the funds to buy back stock, pay dividends, or enhance executive pay. These funds aim at helping firms sustain as much payroll for as long as possible and avoid the otherwise inevitable bankruptcies that would occur and would, in turn, make an economic recovery that much more difficult.

The balance of this massive program would enhance and enlarge existing Fed programs. Some $500 billion would go to the Fed’s Municipal Lending Facility to support state and municipal governments. Some $100 billion would revive the Term Asset-Banked Lending Facility  (TALF) from the days of the 2008-09 financial crisis. These funds would buy securities backed by credit card loans and other forms of consumer debt.  To further help households maintain their living standards until the emergency lifts, the Fed has indicated that the funds would also support commercial mortgage lending and allow more forms of collateral behind the loans it buys. Additional funds would also go toward the Fed’s already impressive program for the purchase of corporate debt. Because the recent CARES legislation allows the Treasury to backstop the Fed for loan losses, these funds can also go to borrowers of lesser credit quality, including the so-called “fallen angels” that were investment grade in the middle of March but have since lost that status because of the pressures of this emergency.

All clearly aims at providing a kind of bridge financing for businesses large and small as well as individuals to maintain their operations/lifestyles during this period of economic pain while the nation contains the virus. Should the economic pressures of this emergency lift soon, this support will enable firms and individuals to resume their former activities rapidly and presumably bring on a quick and welcome return to the prosperity that prevailed until recently. But if this emergency lasts too long, these efforts at financial bridge-building will matter little. People who have been laid off can only use credit and unemployment benefits to sustain their lifestyles for so long. Even with extremely generous lending terms, firms denied revenues by this situation can sustain even a reduced payroll for only so long.  Indeed, they can only stave off bankruptcy for so long. The longer the pressure of the emergency lasts, the more firms and families will go beyond their ability to hold onto existing arrangements, leading to an entrenched recession that will require different policies over a longer stretch of time to bring levels of economic activity back to where they were.

The bridging nature of these recent Fed and government policies answers other concerns that have arisen in some quarters. These suggest that the Fed’s free flow of credit will in time bring on inflationary pressures and that the government’s spending will create an unsustainable debt load. Such concerns, though generally valid, only have meaning when the Fed provides liquidity as a matter of course regardless of circumstances and when the government chronically runs outsized budget deficits regardless of the economic situation. But that is not what is happening now.  Today’s policies aim to answer the immediate pressures of an emergency. They bear no resemblance to chronically easy monetary policies or chronically severe budget deficits.  Built into them are an end and an unwinding when today’s pressures lift. Beyond this clear difference is the fact that if the authorities fail to offset the immediate economic strains of the quarantines and lockdowns, the economy will face much bigger and more intractable problems than inflation or a debt overhang.

Mr. Ezrati is a contributing editor at The National Interest, an affiliate of the Center for the Study of Human Capital at the University at Buffalo (SUNY), and chief economist for Vested, the New York-based communications firm. His latest book is Thirty Tomorrows: The Next Three Decades of Globalization, Demographics, and How We Will Live.