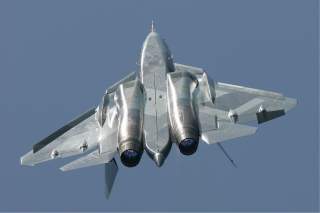 Question: Which plane is better?

The Sukhoi Su-35S Flanker-E, an advanced derivative of the original Soviet-era Su-27, is the most capable fighter Moscow has ever fielded. While the Su-35 is primarily designed to be an air superiority fighter, it also has a potent air to ground strike ability.

The Su-35S program has its origins in the Soviet Air Force’s program to develop a modernized Flanker derivative that was to be called the Su-27M. However, with the 1991 collapse of the Soviet Union and the subsequent economic meltdown and chaos in a newly independent Russia, funding for the Su-27M was halted. However, Sukhoi continued development of the Flanker aircraft in the hopes of securing export orders. The design bureau eventually concluded in December 2003 that it needed to completely revamp the Su-27 airframe to make the jet more competitive on the international fighter market. The first prototype of the new jet—called the T-10BM—made its first flight on February 18, 2008.

The operational version of the T-10BM was initially designated as the Su-35BM for the export market. The jet was later adopted by the Russian Air Force as the Su-35S an interim solution until the Su-57 PAK-FA was ready. The Russian government only decided to adopt the Su-35 after the 2008 Russia-Georgian war, where it became apparent that Moscow urgently needed to reform and modernize the rapidly decaying fragments of the Soviet military that remained under its control. As such, the Kremlin placed an order for 48 of the new Su-35S fighters in 2009 and the jet would feature prominently in the 2011 State Armament Plan.

Compared to the original Flanker, the Su-35S is equipped with a new lightweight airframe, enhanced engines with three-dimensional thrust vectoring, powerful new avionics and datalinks. Essentially, while the Su-35 externally resembles the Su-27, it is in basically a completely new aircraft—somewhat analogous to how the original McDonnell Douglas F/A-18A Hornet compares to the modern Boeing F/A-18E/F Block II or Block III. Indeed, the Su-35 has proven to be so capable, there are many in Russia’s military circles who wonder if the follow-on Su-57 is worth the time and money.

The Su-57 fifth-generation fighter, which is the Russia’s first post-Soviet effort to develop a complete new combat aircraft, moves away from the Flanker airframe but builds on the systems developed for the Su-35. Indeed, the biggest improvement on the Su-57 is currently the airframe—which offers some degree of stealth. But the new Su-57—with some relatively minor avionics upgrades such a new active electronically scanned array antenna a new L-band array for its Su-35-derived Byelka radar suite—offers similar sensor and weapons capabilities as its predecessors. Even the Su-57’s current 32,500lb thrust class Saturn AL-41F1 afterburning engines are derivatives of the Su-35’s /AL-41F1S engines. It will not be until the izdeliye 30 second stage engines—thought to be rated at 42,000lbs thrust—that the Su-57 will have an adequate powerplant.

The Russians seem to recognize that the initial version of the Su-57 will not offer a particularly more useful capability than the Su-35. Moscow only plans to purchase a dozen of the initial AL-41F1-powered version of the Su-57. The Kremlin will likely buy as many as 60 of the second stage Su-57 with the new engine, but given the sheer expense and the limited jump in performance of the new aircraft over the Su-35, it does not seem likely that the Russians will adopt the PAK-FA as the mainstay of their air force. Indeed, it is probably much more likely that Moscow will further upgrade its Su-30SM and Su-35S fleets by retrofitting those jets with avionics technology from the Su-57.

Indeed, one of the advantages of fourth generation platforms—regardless of country—is their adaptability. Without the restrictions of having design modifications that will not impact the outer mold line of the aircraft, modernization of fourth generation aircraft is much easier. Further, integrating new avionics onboard fourth-generation aircraft is generally much simpler than a comparative task on a fifth-generation fighter. Moreover, given that even the United States Air Force expects that stealth aircraft optimized to counter fire control band radars (X, Ku, Ka, C) will be increasingly challenged by enemy systems by the 2030s, the Kremlin might not see any point investing in a capability that will only bring diminishing returns as time goes on. As Boeing and the United States Navy recently detailed, the Block III version of the F/A-18E/F will be able to target stealth aircraft with using its IRST pod. Thus, it might be that the Su-57 does not have a particularly bright future.