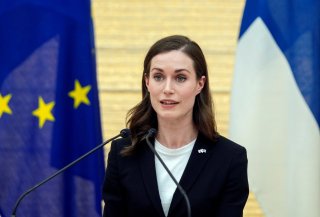 Finland is once again ranked first in the World Happiness Report. But my Finnish friends remain skeptical, only conceding they may be the least unhappy. They aren’t incorrect, even if they are too modest. So how do Finns sustain such a strong happiness quotient? And why is it taking so long for other countries to catch on?

This past spring, I lived, traveled, and worked on a Fulbright Specialist project in Finland’s Keski-Uusimaa region. I saw people with realistic expectations, but having reasonable expectations is not their main lesson.

Despite long, brutally cold winters with limited sunlight and an 830-mile border with Russia, Finns have a high quality of life. Geopolitics complicates their achievements but does not dictate the outcomes.

Finns face challenges similar to ours but with fewer natural advantages. They want to maintain national and personal security, meet energy needs, provide for their citizens’ health and education, make transportation affordable, and resist threats to their democracy, whether internal or external. How does it start?

Finland’s national character begins with ”sisu,” or “grit”—a particular type of determination mixed with a hardened willingness to confront and overcome grueling and even risky conditions. Attacked by Russia in the 1939 Winter War, Finnish farmers and other ordinary people fought against a much larger invading army with disciplined ferocity, bravery, strategic brilliance, and honor. A generation of Finnish youths died. Their sacrifice remains fresh, as does the Finnish commitment to independence.

After spending over 600 years as part of Sweden and 100 years under Russia, the national language is neither Swedish nor Russian. Instead, it’s Finnish, demonstrating their resilience. Swedish is a second national language, to accommodate the country’s diverse cultural heritage.

How is the Finnish character revealing itself today? Finns accept the responsibilities of citizenship, have a profound commitment to fairness, and are resolute in their obligations. This culture is the foundation for their earned happiness.

Yet, Finns are progressing in the complex challenges of our times: healthcare, energy dependence, and national security.

My work with Finnish colleagues concerned upcoming reforms to integrate health, social welfare, and rescue services—difficult but necessary changes. Finland is confronting this complicated reality, unlike our piecemeal approach to healthcare legislation.

It is similar to energy. Oil and gas needs contribute to international instability, threatening economies, alliances, and war. However, Finland is making nuclear power a viable option to reduce its energy dependence. More critically, with Onkalo, a deep underground waste storage facility, Finland may have cracked the vexing problem of how to store nuclear waste. All of this is in a nation with a majority commitment to nature and the protection of natural resources.

The shifting landscape of national security threats led Finns to petition for NATO membership, despite being warned against it by Russia’s foreign minister. He said that if Finland joined NATO, ”Russia will be forced to take retaliatory steps, both of a military-technical and other nature, to stop threats to its national security arising.” Yet they did. Majority support for NATO membership is a shift among the Finnish population, accepting the reality of new security threats and acting to block them.

But it is not all grim.

The too brief summer includes the July holiday, sauna and swims, and time to connect with family and friends. Restoring their rustic countryside cottage, preferably on one of Finland’s 187,000 lakes, offers physical exertions and renewal. What we would call work, Finns experience as vacation and return refreshed.

Where does that leave us?

Finland does not fit into neat soundbites or political punditry. The Left mistakes it for a social paradise, while the Right ignores the strong work ethic that sustains the nation. Mostly, in the United States, we don’t think about it—until the annual “World Happiness Rankings” are released. Then some may wonder what Finland is doing “better” than us.

Finland, a democracy, has a constitution built on universal healthcare, equity in social welfare, and education extending through university. Social cohesion is a part of everyday life. As a young mother pushing a baby carriage in Järvenpää replied when I asked about the health reform, “I don’t know about that or the details, but I trust those who are making the decisions.”

Finland’s lessons? There is no secret. Being happy enough is not a gift like receiving a winning lottery ticket. Nor does it come from having low expectations.

The United States most recently ranked nineteenth in World Happiness. This is not our destiny. We have met and overcome demanding challenges throughout our history. If we apply the lessons from Finland, we can do it again. These lessons are simple but not easy: happiness takes work, compromise, trust, and sisu.

Alan Lyles, ScD, MPH, is the Henry A. Rosenberg Professor of Government, Business, and Nonprofit Partnerships in the College of Public Affairs at the University of Baltimore.