Finland Close to Decision on Whether to Join NATO 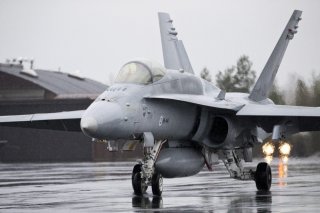 Finland is expected to reach a decision on whether to apply for NATO membership as early as this week, according to senior officials.

“When all our political parties are ready — and the latest, the Social Democrats on Saturday — then we are ready to move as [a] government forward and then this discussion, of course, on the NATO membership, will come to the Parliament, starting probably next Monday. But then we are, after that, ready to send an application,” said Pekka Haavisto, Finland’s minister for foreign affairs, according to CNBC.

The Finnish government adopted a stance of neutrality after being defeated by the Soviet Union in World War II, maintaining a high level of defense spending and interoperability with NATO whilst taking pains not to pursue policies that could be seen as provocative by the Kremlin. But the war in Ukraine “changed the security policy situation in such a way that there is no going back to the way things were,” said Finnish prime minister Sanna Marin in Germany earlier this month. Polls taken after the Russian invasion of Ukraine say as many as 76 percent of Finns are now in favor of joining NATO, pointing to a drastic sea change in Finnish public opinion.

"Finnish security has always been based on two concepts: first geography and history; second idealism and realism," Alexander Stubb, a former prime minister of Finland, told CNN. "In an ideal world we want to cooperate with Russia, which we cannot escape being our geographical neighbor. But we also know from history that the greatest realistic threat to our national security is Russia. Over time, the reality that Russia is willing to create greater chaos in our region has become even clearer, so joining NATO becomes the pragmatic option.”

The Parliament of Finland’s defense committee formally recommended NATO membership on Tuesday, describing it as the “best solution for Finland’s security.”

Similar attitudes are germinating in neighboring Sweden, where polls say around 50 percent of the population supports joining the alliance. Sweden and Finland reportedly opted last month to pursue separate tracks in considering NATO membership, unlinking their potential candidacies. NATO chief Jens Stoltenberg said in April that both countries would be “warmly welcomed” and quickly accepted if they chose to apply.

Russia’s deputy foreign minister Alexander Grushko threatened Helsinki and Stockholm with "the most undesirable consequences" if they join the alliance, as per Reuters. “We will be forced to take security and defense measures that we will deem necessary,” Grushko was quoted as saying on a separate occasion. Dmitry Medvedev, deputy chairman of Russia's Security Council and a former president of Russia, warned in April that Russia could respond to the expansion of NATO into Finland and Sweden by stationing nuclear and hypersonic weapons in the Baltic region.