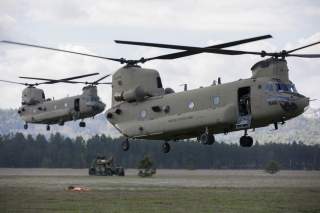 Key point: Modern war is far more multidomain, faster, and kinetic than war in the 1990s, and the trailer reflects that.

Charlie Gao studied political and computer science at Grinnell College and is a frequent commentator on defense and national security issues. This first appeared in January 2020.