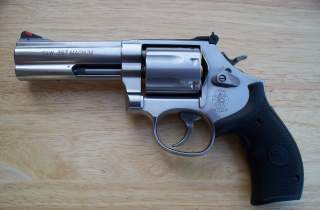 The GP100 has since branched out into many other calibers, including .22LR, .327 Federal Magnum .and 44 Special.