The First Real U.S.-China War Could Be Fought In The South China Sea 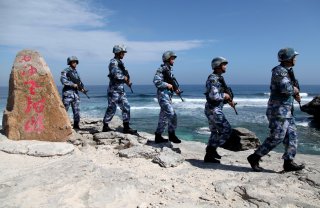 Here's What You Need To Know: China is playing offense in the South China Sea. By establishing facts on the ground (indeed, establishing “ground”), it is creating a situation in which normal U.S. behavior looks like destabilizing intervention.