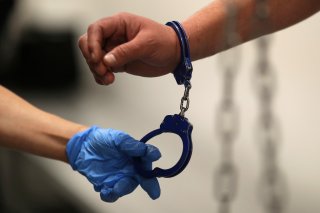 Five people have been convicted for their parts in what was described as a scheme to defraud the U.S. Department of Veterans Affairs and the Social Security Administration of $1.8 million, money that was meant for veterans and Social Security recipients. The victims, however, were reimbursed by the government.

The convictions followed an eight-day trial in Florida. Two defendants were found guilty by the jury, a third pled guilty during the trial, and the other two had pled guilty prior to the start of the trial, according to a press statement issued by the Department of Justice’s U.S. Attorney’s Office in the Southern District of Florida. There are two more defendants who have “yet to be apprehended,” per the statement. The “architects” of the scheme, which was conducted between 2012 and 2017, are based in Jamaica.

“The jury heard testimony from several witnesses that members of the conspiracy obtained the personal information (including names, dates of birth and Social Security numbers) of disabled veterans and Social Security beneficiaries,” according to the statement. “The conspirators used this information to fraudulently open bank accounts and prepaid debit cards in the victims’ names.  They also forged documents in the victims’ names which directed the U.S. Department of Veterans Affairs and the Social Security Administration to deposit benefit payments into those fraudulent accounts, instead of the victims’ legitimate bank accounts . . . over the course of five years, from 2012 to 2017, members of the conspiracy attempted to redirect over $1.8 million in benefits from more than a hundred disabled veterans and Social Security beneficiaries.”

The defendants then withdrew the cash from ATMs and banks throughout Florida and Georgia.

A jury has held the defendants accountable for their roles in a large-scale fraud scheme, according to the press statement. They “preyed upon veterans—many of whom were elderly and at risk—by redirecting VA compensation and pension benefits to other bank accounts or by taking over veterans’ bank accounts,” Special Agent in Charge David Spilker of the Department of Veterans Affairs Office of the Inspector General’s Southeast Field Office, said via the press statement.

The defendants are scheduled to be sentenced in January.