The Five Myths That Doom a New Iran Deal 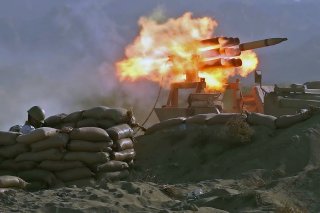 The Biden administration continues its efforts to jumpstart the Joint Comprehensive Plan of Action, the 2015 Iran nuclear deal from which President Donald Trump subsequently walked away. Iran Envoy Rob Malley and his team continue to seek the right formula of sanctions relief and verification sequencing to return Iran to compliance.

President Joe Biden, Secretary of State Antony Blinken, National Security Advisor Jake Sullivan, and Malley may believe that showering Iran with incentives will constrain Iran’s nuclear program and even allow further reconciliation, a series of faulty assumptions undercut their strategy and assessment of Iranian motivations and behavior. Below are five myths that Biden’s team embraces which distort strategy and undercut the prospects for diplomacy.

For the better part of two decades, the United States has had forces on Iran’s borders, not only in Afghanistan and Iraq but also in the Persian Gulf. Israel, meanwhile, continues to sabotage Iran’s nuclear and missile facilities and assassinate key scientists. Under such circumstances, who can blame Iran for seeking nuclear weapons or long-range, precise ballistic missiles? The problem with this line of argument is that the Islamic Republic’s covert pursuit of nuclear weapons dates back to the Rafsanjani-era and precedes not only U.S. intervention in both Iraq and Afghanistan but also the shadow war with Israel. Nor did the U.S, Navy send aircraft carriers into the Persian Gulf prior to Operation Desert Storm in 1991. Assuming Tehran acts in reaction to Washington and Jerusalem puts the cart before the horse and misunderstands the genesis of and motivations behind the post-Revolutionary nuclear program.

In a recent overview of Biden’s relationship with Iran, Nahal Toosi, a foreign affairs correspondent with Politico, put the onus for the failure of post-9/11 rapprochement on George W. Bush. “Iran’s government even reportedly helped fund and supply the leaders of Northern Alliance militias that the U.S. turned to for help in ousting the Taliban government,” she wrote, “But U.S. President George W. Bush’s decision to list Iran as an ‘Axis of Evil’ nation in his January 2002 State of the Union speech dealt a blow to the improving ties.” While Biden and Blinken may believe Toosi’s narrative, it is nonsense. Consider: Toosi ignores that Bush’s comments followed an Iranian effort, just weeks before, to smuggle fifty tons of weaponry to Palestinian terrorists. She also omitted that Bush was aware that Iran had built and shielded from inspection a secret enrichment plant at Natanz, a fact which would not become public for another eleven months. Nor does Toosi acknowledge Iran’s sheltering of senior Al Qaeda operatives following the start of Operation Enduring Freedom. Even if she and fellow progressives ignore those issues, to depict Supreme Leader Ali Khamenei, a man who encourages regular chants of “Death to America,” as an oversensitive snowflake is ridiculous on its face. Self-flagellation might lead progressives to believe a more generous deal is just, but their narrative is not based on reality.

The idea that George W. Bush spurned a 2003 Iranian grand bargain has resonated in the American policy debate, but it is fiction promoted by an attention-craving Swiss diplomat. Emails exposed in court discovery between Trita Parsi, now at the Quincy Institute, and Mohammad Javad Zarif, at the time Iran’s UN ambassador, show Zarif expressing ignorance about the proposal that Parsi nevertheless credited to him. Officials blinded by partisanship accepted his narrative uncritically. Indeed, the Washington Post subsequently gave “three Pinocchios” to Secretary of State John Kerry’s reference to the offer. Nor given the propensity of Iranian diplomats to mire in minutiae and the Iranian leadership’s long-stated commitment to Palestinian “resistance” does the outline of the supposed grand bargain pass the smell test.

4) The 2015 Nuclear Deal Was Unprecedented in its Rigor

This is false on its face. It took the International Atomic Energy Agency (IAEA) nineteen years to give a fully compliant South African government a clean bill of health on its nuclear program, and yet the IAEA could certify Iran as clean in just months? Likewise, Kerry dropped demands Iran ratify the Additional Protocol to the Nuclear Non-Proliferation Treaty that ensures inspections that are more rigorous. While Kerry accepted Zarif’s pledge that Iran would act in accordance with the Additional Protocol, the failure to bring Additional Protocols into force puts Iran behind 133 other countries that have accepted the higher standard.

American academics and officials often describe a dichotomy in Iranian politics between hardliners and reformers. Too often, however, projection of American attitudes upon Iranian counterparts skew reality. Firstly, consider the origin of the two camps: the hardliners—called principlists in Persian—grew out of those who fought to defend the revolution on the frontlines of the Iran-Iraq War. The so-called reformists, meanwhile, grew out of those who profited from more comfortable posts in Tehran at the time. Within the Iranian societal context, therefore, the issue is not only revolutionary fervor but also corruption and sincerity. In reality, the Iranian political debate is more complicated: there might be a spectrum of hardline vs. reform social attitudes along one axis, but there is an equally important debate about command economies and free-market reforms along another axis. Each of those four quadrants is often in dissonance with the other. None of these camps, however, is willing or able to compromise on theocratic, revolutionary values. In effect, the difference between hardliners and reformers is one of style rather than substance.

Nevertheless, Biden, Kerry, and Sullivan embrace the notion that winning a deal could tip reformers over the top in their competition with other factions. Even if this was true (and it ignores the role of the Islamic Revolutionary Guard Corps in the economy), such assessment fails to recognize that security policy within the Islamic Republic is the product of unelected bodies rather than the presidency, his cabinet, or the parliament.

Malley may achieve a deal in Vienna; certainly, he appears willing to offer his Iranian counterpart almost everything Tehran demands. At issue is not whether a renewed deal is possible, but rather whether such a deal will substantively change Iranian behavior or alleviate regional security concerns. Unfortunately, any agreement based on an imaginary Iran whose motivates are pure and whose elections matter will be doomed to fail. Simply put, if a deal will stick, it must base itself on a reality that, whether through ignorance or deliberately, Biden’s team ignores.