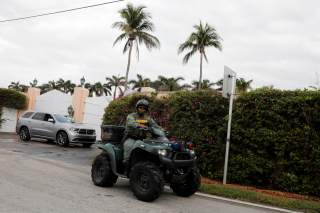 Google Earth helped law enforcement discover the remains of a Flordia man who went missing after he left a nightclub in 1997.

Palm Beach County deputies were responding to a call from a local resident who found a vehicle submerged in a pond behind his old home while doing a Google Earth search of the area in August, WPTV reported Friday citing investigators.

“The current resident activated his personal drone and confirmed what the previous resident saw and immediately contacted PBSO,” a news release from the Palm Beach Sheriff’s Office reads.

For over two decades, William Moldt’s family was left with unanswered questions about his disappearance. Now they have closure — all because of a startling discovery made on Google Earth. https://t.co/TRaP2oZPj7

“The vehicle’s exterior was heavily calcified and was obviously in the water for a significant amount of time,” the release continued.

When police removed the vehicle from the pond, they discovered the skeletal remains of William Earl Moldt, who was reported missing on Nov. 8, 1997, after leaving a nightclub while intoxicated when he was 40 years old.

Local resident Lori Martin told reporters that police came to her door and asked how long she had been living in her home. “We said, ‘About 9 years,’ and they said, ‘Did you realize that there was a car in the lake?'” Martin said, ABC 7 reported.

Moldt reportedly called his girlfriend the night he went missing to say he would be home soon.

“If there is an upside to this, [it] is that the family finally knows what happened to their loved one, and like my wife said, we give condolences to that family,” Martin’s husband, Brian Martin, told reporters.