Foget About Glock or Sig: Can Ruger's American Pistol Dominate? 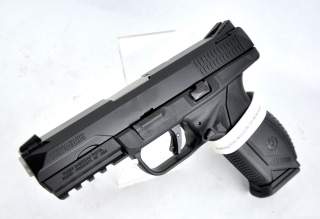 In the mid-1980s the advent of the “Wonder Nines”—large capacity polymer framed handguns—caught Ruger and many American gun makers flat footed.