Following Multiple Naval Collisions, The U.S. Navy Is Changing How It Operates 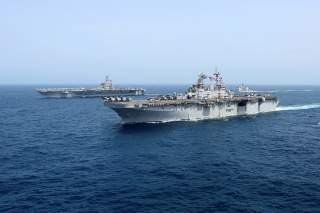 Key point: Change is needed to protect our sailors.

This article by John Keller originally appeared on Military & Aerospace Electronics in 2019. This first appeared earlier this year.