Forcing Reunification with Taiwan Will Be Costly for China 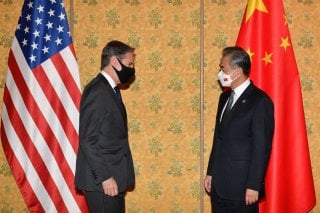 China’s current approach to Resolution 2758, which recognized Beijing as the legitimate representative to the United Nations in 1971, instead of Taipei, serves as a powerful reminder that the devil is in the details, and interpretation of laws is de facto a detailed matter.

Although the UN resolution recognizes the mainland’s authorities as “the only legitimate representatives of China to the United Nations” and allows them to occupy the UN Security Council’s seat, it only mentions “the representatives of Chiang Kai-shek”  instead of “Taiwan” by name—the very part on which the General Assembly decided on the expulsion of the Republic of China from the United Nations in October 1971.

The times have changed, and Taipei has new rulers. What’s more, ever since Tsai Ing-wen was democratically elected in 2016, she has made clear that she rejects the notion that Taiwan is part of “one China.”

“This administration believes Taiwan, as a leading democracy, has a lot to offer to the world on these new challenges, including within international fora,” State Department spokesman Ned Price said during a press conference on October 26.

It is worth noting that a survey conducted this August found that 69 percent of Americans supported the U.S. recognition of Taiwan as an independent country, 65 percent were in favor of including it in international organizations, and 57 percent believed that a U.S.-Taiwan free trade agreement is a good idea.

Notably, 52 percent argued that sending U.S. troops to defend Taiwan in the case of a Chinese invasion would be a good idea, a record high number compared to the Chicago Council’s previous surveys.

Given the public mood among Americans towards the question of Taiwan, there should be no surprise that the confirmed number of U.S. troops in Taipei rose from ten in 2018 to thirty-two in 2021. Further, Sandra Oudrik, the de facto U.S. ambassador to Taiwan, recently emphasized President Joe Biden’s remarks that Washington has a strong commitment to helping Taiwan to defend itself in the case of a possible invasion.

Taiwan seems to agree. “I do have faith given the long-term relationship that we have with the U.S. and also the support of the people of the U.S. as well as the Congress,” Tsai said in her interview with CNN on October 28. “The administration has been very helpful,” she added.

The truth is that there is a stark difference between the U.S. “one China policy” and China’s “one-China principle,” and both countries should make this point clear exactly where they stand on the issue of Taiwan.

The key to avoiding direct conflict with Beijing is the correct interpretation of the “Resolution on Admitting Peking” that is about representation, not “meaningful participation” in international organizations, with the latter being actively promoted by U.S. secretary of state Antony Blinken in recent days.

The possible consequences of this being perceived by Beijing as a unilateral breaking with the so-called “1992 Consensus” by Taipei would trigger the following question: How would mainland China react to this development?

There are no good answers to this question. Beijing would either have to give up its “unshakable commitment” and “historic mission” to unify with Taiwan and disgrace itself in the eyes of the international community or take military action, which would likely cause a conflict with the United States and further deteriorate their already bad relations.

It is in all parties’ involved best interest to avoid a scenario where they reach a point of no return with no room to maneuver, as none of them can afford the military solution.

Adriel Kasonta is a London-based political risk consultant and lawyer. He is an expert at the Russian International Affairs Council (RIAC) in Moscow and former chairman of the International Affairs Committee at the oldest conservative think tank in the UK, Bow Group. His work has been published in Forbes, CapX, National Review, The American Conservative, The National Interest, and South China Morning Post (SCMP), to name a few. Kasonta is a graduate of London School of Economics and Political Science (LSE).