Forever Friends? Pakistan and the Taliban Still Need Each Other 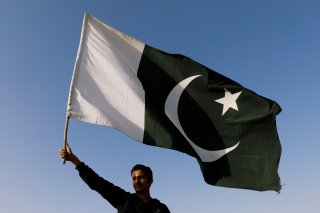 Pakistan’s relationship with the Afghan Taliban is an open secret, but it demands more analysis to understand the degree to which Islamabad controls the group, especially since the Taliban’s takeover of Afghanistan on August 15, 2021.

After the Soviet invasion of Afghanistan in 1979, Washington approached Islamabad to become its frontline ally in a proxy war against the Soviets. During the Afghan-Soviet War (1979-1989), thousands of mujahideen were recruited from around the world and trained in Pakistan, and then deployed into Afghanistan. In addition to receiving billions in economic and military assistance from the United States, Pakistan expanded its influence in Afghanistan through close relations with the Afghan mujahideen as they later united into the Taliban in the 1990s.

In 1994, Mullah Mohammed Omar founded the Taliban with fifty students in Kandahar. By 1995, the group’s control increased to twelve provinces and its size to 25,000 fighters. Due to its quick territorial gains, the Taliban managed to seize control of most of the country and established the Islamic Emirate of Afghanistan in 1996. To date, their first takeover of Kabul is attributed to Pakistan’s strong backing.

Pakistan was only one of three countries—alongside Saudi Arabia and the UAE—that recognized the Islamic Emirate of Afghanistan (IEA). Islamabad’s support became a lifeline for the IEA as the two closely cooperated in terms of human and financial resources, weapons transfers, and Pashtun combatants traveling from Pakistan to fight the Northern Alliance. All this investment helped Pakistan achieve its two key objectives: The creation of a friendly regime in Kabul and one with no links to India. In 1996, India had to shut its diplomatic mission in Kabul.

While the IEA was never fully under Pakistan’s control, the relationship became conflictual after 9/11. After September 11, 2001, terrorist attacks on the United States, Washington wanted Pakistan to join the “war on terror.” This alliance involved Pakistan capturing some key Taliban leaders, such as Mullah Abdul Salam Zaeef who was Afghanistan’s ambassador to Pakistan during the Taliban regime. A founding member of the Taliban, Mullah Abdul Ghani Baradar, was also captured by Pakistan. This turned the Taliban against Pakistan, and the group began attacking inside Pakistani territory. In 2010, for example, the Taliban attacked a Pakistani checkpoint and captured forty Pakistani soldiers.

It is remarkable how the Taliban and Pakistan have repaired their relations. The realignment was mainly due to a convergence of interests as Islamabad wanted a pro-Pakistan government in Kabul and the Taliban needed Islamabad’s support, especially in providing refuge for Taliban members and their families in Pakistan and reorganizing through the Quetta Shura. This allowed Islamabad to gain some leverage as reflected through its ability to bring the Taliban to peace dialogues. Before the U.S.-Taliban peace deal in 2020 in Doha, Islamabad supported the negotiations through direct negotiations with the Taliban and Washington as well as other regional actors, including China.

Now that the Taliban control most of Afghanistan, there are mixed feelings in Pakistan. As was reflected in Prime Minister Imran Khan’s remarks that the Afghans have “broken the shackles of slavery,” some are notably celebrating, but officially Islamabad has cautiously reacted by saying that it favors an inclusive Afghan peace process. This has been demonstrated by Islamabad’s transformed narrative and approach where it wants non-Pashtuns to be also included in the new government in Afghanistan. Simultaneously, Islamabad has been actively discussing with regional actors, such as China, the Central Asian Republics, and Iran, the possibility of a regional approach to Afghanistan.

Afghanistan’s situation is still fragile, and it is unclear what kind of government will emerge and when. Whatever be the case, Pakistan’s role will be crucial in various ways. As India has not been successful in initiating a relationship with the Taliban—New Delhi has already closed all of its diplomatic missions in Afghanistan—Pakistan does not have to worry about Indian influence as was the situation during 1996-2001. However, Islamabad has major concerns regarding the Taliban’s association with the anti-Pakistan terrorist group, Tehrik-e-Taliban Pakistan (TTP).

While taking control of Afghanistan, the Taliban released many TTP members. Pakistan has demanded that the Taliban act against TTP, but it would be difficult for the Taliban to turn against their erstwhile ally as the TTP supported the Taliban’s military struggle in Afghanistan. For now, the Taliban has other priorities, but this issue will remain a point of contention between Pakistan and the Taliban.

At this crucial stage, the Taliban needs Pakistan’s support for several reasons. First, Pakistan’s backing and presence in the country show that the situation is normal. It was not lost on the Taliban that Pakistan opened its Chaman border soon after the group’s takeover. In addition, Pakistan’s diplomatic mission in Kabul is among one of only four others—those of Russia, China, and Iran—that are still open. Islamabad has thus far shown no signs of being alarmed by recent developments in Afghanistan. Second, the Taliban needs Pakistan’s diplomatic support to gain international recognition. For this, Islamabad has been actively working with all international stakeholders. Besides the visits of Pakistan’s foreign minister to Central Asia, China, and Iran, Islamabad also approached the Organization for Islamic Cooperation for an emergency meeting on Afghanistan which was held on August 22, 2021. Similarly, Pakistan has urged the United Nations to talk to the Taliban.

The Taliban continues to provide assurances that it will not allow anyone to use Afghanistan for clandestine activities against another country, but its ability to control terrorist groups like TTP and Islamic State is questionable. The Taliban will continue to face pressure from all regional actors, especially China and Pakistan, to tackle the issue of terrorism. Regional actors cannot sit on the sidelines and ignore challenges emanating from the fragile situation in Afghanistan.