Forget the Army's M4 Carbine: Here Is What the M5 Should Look Like 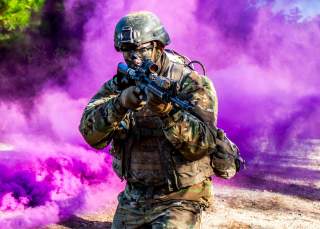 Fulfilling all of these requirements, some of which are inherently contradictory is no easy task, and it’s easy to see why a conservative organization like the U.S. Army simply decided to upgrade the existing basic design over and over again.