Forget China, Japan's Population Problem Is Its Own Worst Enemy 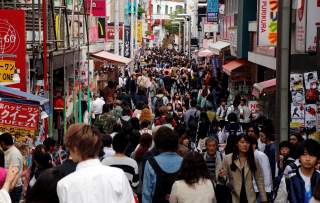 Nor is Japan the only country with unfavorable demographics. Japan’s fertility rate, at 1.4 children per woman, is only slightly below the OECD average of 1.5. Japan’s problems are unique in their timing and magnitude, in substantial part due to Japan’s reluctance to allow in immigrants. Most OECD countries, however, are unable to replace their own populations. South Korea is even worse than Japan, and Germany is no better. Japan is the canary in the advanced economies’ coal mine. The difference is simply a matter of time.