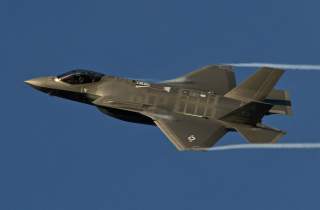 Key Point: You can have all the best fighters in the world but if you have no trained pilots...

Michael Peck, a frequent contributor to TNI, is a defense and historical writer based in Oregon. His work has appeared in Foreign Policy, WarIsBoring and many other fine publications. He can be found on Twitter and Facebook. This first appeared last year.