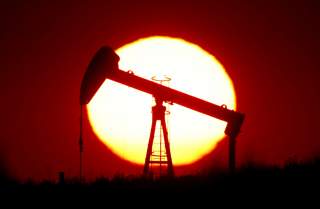 America’s status as the world’s leading energy superpower was just elevated to an even more impressive level as 12 new all-time monthly production records for crude oil and natural gas output were established during August. According to new monthly data released by the Energy Information Administration (EIA) last Thursday (here and here), these are the 12 new production records, summarized in the table above:

1. Natural Gas (8 new records). The US produced more natural gas in August — 111.4 billion cubic feet per day – than in any previous month, and which represented an annual increase of 9.1% compared to last August. New natural gas production records were also established in the states of Texas (14.0%), Pennsylvania (11.3%), Louisiana (21.5%), Ohio (15.8%), West Virginia (18.1%), New Mexico (21.1%) and North Dakota (23.2%), which all had the double-digit percent increases year-over-year show above. Over a longer period of time, the most impressive gains in natural gas production are for Pennsylvania, which experienced a 38-fold increase in gas output since January 2006 when the EIA started reporting state-level production and a 31-fold increase in Ohio’s production over the same period. Pennsylvania and Ohio, along with West Virginia have the fortune of being situated on top of the prolific Marcellus and Utica Shale Formations, which is the largest source of natural gas in the US accounting for almost 30% of America’s total natural gas production (vs. about 25% from Texas).

2. Crude Oil (4 new records). US oil production in August increased by nearly 9% from the same month last year and set a new all-time output record of 12.4 million barrels of oil per day (bpd). New monthly crude oil production records were also established in August for the states of Texas at 5.1 million bpd (13.2% year-over-year increase), North Dakota at 1.4 million bpd (nearly 13% annual increase) and New Mexico at 936,000 bpd (32% increase). The new production records in August for both oil and gas in New Mexico are thanks to the state’s fortunate proximity to the Permian Basin, America’s most prolific oil and gas formation.

MP: Isn’t it ironic that at the same time that climate alarmists are advocating moving away from the abundant, low-cost, reliable energy sources that have fueled American prosperity and replacing those proven energy sources with high-cost, undependable, and intermittent energy from windmills and solar panels, America’s shale revolution continues to break new production records? Even with all of the advocacy, hype, and cheerleading about “green” energy replacing fossil fuels, the future of renewables looks pretty bleak according to EIA forecasts.

In 2050, EIA projections call for fossil fuels supplying 79% of our energy consumption, with nuclear, hydropower and biomass supplying 12.5%, and the “real” renewables that are part of the Green New Deal and other energy pipedreams (windmills and solar panels) supplying only about 8.5% of US energy consumption. The ongoing shale revolution that continues to break records for the production of our nation’s abundant natural gas and crude oil resources means that America’s energy and economic futures look very bright. Moving from low-cost, reliable energy sources to expensive, unreliable energy sources would make America less prosperous and worse off. Long live the US shale revolution!

This article by Mark J. Perry originally appeared at the American Enterprise Institute.