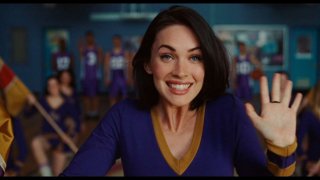 Ezekiel lists the four horsemen of the apocalypse as “sword, famine, wild beasts, and plague.” Of the four, pestilence seems to spawn the darkest nightmares. The idea of our bodies being invaded and turned against us just creeps people out.

This, in part, may explain why outbreaks like COVID-19 create exceptional anxiety. We can repel attackers. We can rebuild after tornadoes. But an 'invisible enemy" inside us, makes us feel particularly vulnerable.

No wonder we associate panic with pandemics.  And that's why body horror is a particularly popular category of scary movies.

While the best way to deal with the stress of COVID-19 is to arm yourself with factual information), many people find that scary films make them feel better during scary times. The list below eschews the gross-out horror movies meant to make you puke in your popcorn. These are films that truly frighten, without a flood of fake blood. So put the pandemic behind you; turn down the lights, and turn on these classics.

#7. The Mummy (1932). The corruption of the human body was a frequent dramatic theme across the cannon of classic Universal horror movies.  Frankenstein (1931) played with body parts. Dracula (1931) bloodied his Marys. Victims of The Wolf Man (1941) suffered more than a bad hair day  The scariest of the lot might be Boris Karloff getting tied-up alive and then brought back from the dead, with tana leaves for high tea.

#6. Invasion of the Body Snatchers (1956). Seed pods from outer space replicate our bodies, and then we fade to dust. To the innocents, their newly-sprouted loved ones look the same as always, except devoid of emotion. Then, one by one, everyone gets replaced. There is a reason why this movie was remade again (1978) and again (1993). It cuts to the heart of a very deep fear. Who wants to be replaced and killed by his own body?

#5. Masque of the Red Death (1964). Roger Corman made terrible movies. Except for this one. A count walls himself off in his castle, indulging in an epic saturnalia until the Black Death passes. Death, however, wants a ticket to the dance.

#4. Omega Man (1971). Several movies tell a tale of a plague that wipes out everyone except one scientist and handful of unlucky leftovers turned into vampires. There’s the cheaply made, but classic Last Man on Earth (1964) and the big budget I am Legend (2007). Arguably the best iteration of this theme is Omega Man, in which the last of the living are chased around a squalid Los Angeles. Actually, it looks pretty true to life.

#3. The Exorcist (1973). Nice kid in Georgetown gets possessed by an evil spirit. Buckets of projectile-vomited pea soup and a lot of other scary stuff later, you start to regret turning out the lights. And you go to bed clutching a bible.

#1.Quarantine (2008). Okay, maybe not the best film to watch if you are skittish about being locked down.  After an outbreak of rabies-like-you-wouldn’t-believe, an apartment building is sealed off. Spoiler alert: Don't get too attached to anyone in the cast. You’ll be disappointed. The sequel (2008) and the original Spanish films are also scary fun.

Of course, you don’t need to go to the movies. There are plenty of real life horrors to worry about. For example, just look at how China has treated its own people during the pandemic. On the other hand, if you want to ignore all that for a while and indulge in some sci-fi scares, these seven films should do the trick.