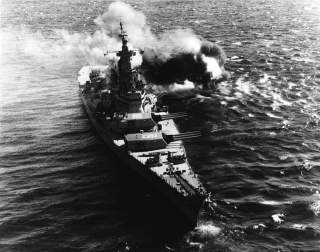 Key point: With a crew of nearly 2,000 each, the ships’ high personnel costs made them prohibitively expensive to run in an all-volunteer navy.

The upcoming Zumwalt-class destroyers will go a long way towards providing battleship-quality naval gunfire support for the Marines. Minimally manned, relatively small, stealthy and precise, the Zumwalts are the antithesis of the Iowas, but functionally their successors.