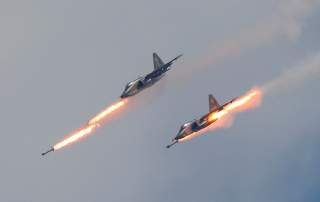 Key point: A lethal combination that created modern air war as we know it.