Forget Stealth and Missiles: Meet the Russian Army's Greatest Guns (All in One List) 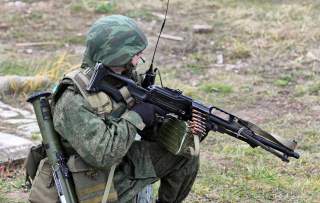 Charlie Gao studied political and computer science at Grinnell College and is a frequent commentator on defense and national security issues. This piece was originally featured in November 2018 and is being republished due to reader's interest.