Forget Stealth Fighters or Bombers: This Is Russia's Most Powerful Plane 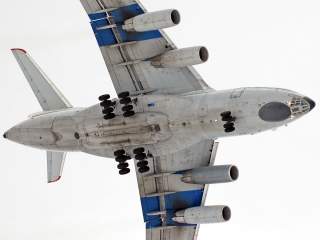 Key Point: for the foreseeable future, Russia will continue to be a major airlift power and air-mobile military, with light, ready-to-go units, similar to America’s own marines or airborne forces.