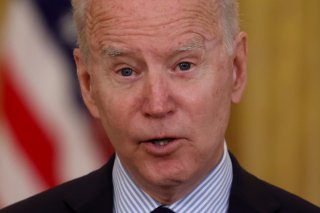 Senate Democrats have begun weighing a sweeping $6 trillion infrastructure package amid talks among a group of bipartisan senators hammering out a scaled-back bill that would set aside $579 billion in new spending.

Senate Majority Leader Chuck Schumer (D-N.Y.) has repeatedly noted that party members would go at it alone on an infrastructure bill if negotiations between lawmakers from both sides of the aisle hit a brick wall. That would mean Democrats would use the fast-track budget reconciliation process that wouldn’t require a single Republican vote in the upper chamber to pass their plan.

“The truth is both tracks are moving forward very well, and both tracks need each other,” Schumer said. “We want to work with our Republican colleagues on infrastructure where we have common ground, and Democrats believe we have other priorities that the Senate must consider above and beyond a bipartisan infrastructure bill.”

Schumer convened with Democratic members on the Budget Committee on Wednesday to discuss their priorities, though the meeting lacked specifics on an impending bill. Lawmakers said that they could push through a partisan package with a price tag of $6 trillion, with about half of it paid for. Politico first reported the outcome of their discussion.

Senate Budget Chair Bernie Sanders (I-Vt.) has long been pushing for a massive infrastructure overhaul that includes Medicare and noted earlier this week that he won’t vote for the bipartisan compromise.

But a $6 trillion infrastructure bill that includes health care policy is unlikely to receive GOP support, and Democrats behind the effort will likely have to shrink the price tag to get moderate members of the party to back it. Democrats would need nearly every House Democrat vote and approval from all 50 Senate Democrats to pass their bill without any Republican support.

The details of the plan come as a bipartisan group of senators has been crafting an infrastructure bill that funds roads, bridges, waterways, broadband, and other physical projects. The plan would cost about $973 billion over five years or $1.2 trillion over eight and includes $579 billion in new spending. Lawmakers said the bill would be paid for by repurposing unused pandemic relief funds, implementing a surcharge on electric vehicles, and widening the use of state and local money for coronavirus aid.

White House officials reportedly met with the group this week and were encouraged with the plan, according to The New York Times.

“They’re off to a great start—the details will matter, as they put it together,” Sen. John Thune (R-S.D.) said. “I think what most people were signing on to yesterday, it was an overall structure proposal, and I think it’s encouraging.”