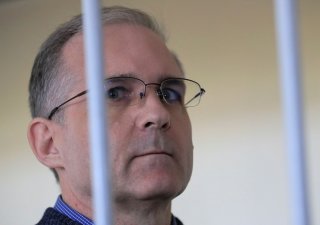 Paul Whelan, a former Marine, was convicted of espionage in a Russian court and sentenced to 16 years in prison. Whelan had traveled to Moscow in 2018 to attend a wedding but was arrested in his Moscow hotel. A self-admitted Russophile, he had an account on a popular Russia social networking site vkontakte, a Facebook-like platform. He had been to Russia on multiple occasions and dabbled in Russian.

In addition to American citizenship, Whelan holds Irish, Canadian, and British citizenship and appealed to the leaders each country to help secure his release. In a State Department press release, Secretary of State Mike Pompeo stated that the United States is “outraged” by Paul Whelan’s trial and conviction. Pompeo called the nature of the trial secret, as well as the evidence, which was conducted “without appropriate allowances for defense witnesses.”

Last month Whelan reportedly underwent emergency hernia surgery while in prison, raising concerns that he could be especially susceptible to contracting the coronavirus. Russia currently has the third-highest number of COVID-19 cases worldwide, and the prison where Whelan is detained is reportedly in the throes of an outbreak. In an interview, Whelan’s sister stated that prisoners are being given raw onions to ward off the virus.

Russian prosecutors allege that Whelan acted as an intelligence agent by receiving a flash drive containing Russian state secrets, though his state-appointed lawyer maintains Wehlan unwittingly received the drive without knowing what it contained. Whelan has repeatedly denied all charges.

Whelan’s detention came on the heels of Maria Butina’s arrest. Butina, a Russian citizen, had been convicted of acting as an unregistered Russian agent and had attempted to influence the 2016 American presidential election in favor of then-candidate Donald Trump. Though Butina now resides in Russia, Whelan’s sentencing raised speculation that his conviction could be used to bring home two Russian nationals currently serving time in the United States in a potential prisoner exchange deal.

The potential Russians prisoner exchange candidates, Viktor Bout and Konstantin Yaroshenko, are serving 25 and 20 years respectively. Bout, an arms dealer dubbed “The Merchant of Death” was convicted in 2012, and Yaroshenko in 2011 for drug-related smuggling charges.

The sudden conclusion to Whelan’s case was rather unexpected. His court hearing had been repeatedly delayed for various reasons, including a failure to appear in court.